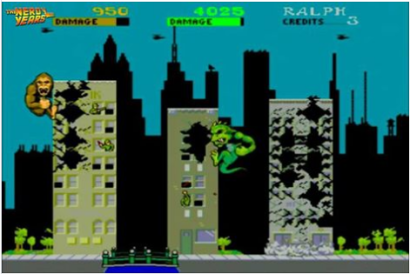 Welcome back! I am so glad you decided to stop by! Today I want to talk about dreams we imagine ourselves, versus the visions that we receive from God. Yes, there is a difference.

Just to use myself as an example… back when I was 20 years old, I discovered computers and I dreamed of becoming a computer programmer. Yes, I was a late dreamer! Prior to this, my dreams mainly consisted of survival… My childhood had abnormal challenges, I dropped out of high school half-way through the tenth grade, and I became a teen mom and wife before I was 16 years old. (You can learn more about my backstory in my first Blog.)

After getting a High School diploma from a correspondence school, the dream started to manifest itself! I wanted a computer and taking a computer course with them meant that I would get a computer to complete my studies. So, I enrolled in their Introduction to Computer Programming course and earned a Certificate of Completion. However, let me back up a little! I’m feeling a bit nostalgic… I remember my first computer like it was yesterday! It was a Tandy Home Computer and I had gotten a Rampage game cartridge to play on the computer! Yes, Dwayne (The Rock) Johnson played in a movie this year, based on this very game! Ok, I am done reminiscing now…

As my Dream took shape, it began to change. I was not satisfied with the Certificate of Completion. We moved from Alabama to North Carolina, so there was more opportunity to expand on my Dream. However, my first attempt at a “real” college came with a minor setback. While I was extremely proud of my accomplishments thus far, CCC&TI was not impressed! Before I could enroll in their school to earn my Associates degree in Business Computer Programming, I had to get a GED because they did not recognize my High School Diploma from a Correspondence School! I call that a MINOR setback because I had my GED within 2 weeks! As a matter of fact, they became so impressed by me that they ran an article about me in the newspaper to highlight the fact that I would have completed my GED in my first week, but I was not allowed to complete all of their testing in one day… At this point, I thought God was preparing me for my Dream, but in reality, I believe now that He was preparing me for His Vision, which would come many years later… You see, my Dream at that point was just to program computers. I loved the idea of causing a computer to “create” for me when I specify the instructions, or computer code.

However, after I graduated, I found it quite difficult to get a job without actual work experience. Needless to say, that was quite disappointing! How was I supposed to get work experience if no one would give me a job after I worked so hard on getting my degree? The best I could do was a Customer Service Account Manager position at a local label printing company. At least I was able to work with computers, so I was not totally bummed!! 😊

The next phase in my life brought me to Columbus, Ohio. This is where I was certain that I could live out my dream of being a Computer Programmer! Looking back, I find it humorous when I think of the path that God had me on to get me to this point in time. While I remained dissatisfied in not programming computers, it was never about that with God! He had bigger and better plans for me and He planned to use all of my experiences to get me to where HE wanted me to go (His Vision for my life).

After many years had gone by, I thought I would finally realize my Dream when Accenture hired me as a Computer Programmer in 2006. However, I did not actually become a Developer (the new name for Programmer) until 10 years later! What was I doing all of those years? Well, God was preparing me for His purpose. I worked in documentation development, requirements gathering and documentation, test planning and execution, proposal writing, team leading and management, staffing interviews. God made me a well-rounded individual so that I could run a company! It was not until my last year with Accenture that I because a Computer Programmer. My Dream had finally become a reality. However, the work environment was not ideal, so my dream was not as fulfilling as I had hoped! The funny part is that God already knew this, and He allowed me to see that my Dream could never compare to the Vision He gave be back in 2011. At the same time, because I desired it so much, He let me have it for a little while…

Now for the Vision. First of all, it has not changed in 7 years. Second of all, God has developed my passion for it, and now I desire it more than anything! Psalm 37:4 reads: “Delight thyself also in the Lord: and He shall give thee the desires of thine heart.” Once I allowed the Lord to change me into the person He wanted me to be, the thing that He desired for me became the very thing that I desired for myself. The word “delight” in this passage means to make oneself pliable so that God can mold and shape us into what He wants us to be. When you delight yourself in the Lord, you allow Him to change you as He sees fit. It is such a rewarding experience and I recommend it to everyone!

Some people are born to work for corporate America. Some people are born to be Entrepreneurs. Some people don’t have a clue and they just go with the flow and work with the hand that they are dealt. As for me, I was basically content with climbing the corporate ladder as an IT professional, even though God was obviously trying to make me uncomfortable because He knows the plans He has for me (Jeremiah 29:11) and He has ordered my steps to get me there (Psalm 37:23).

Would I do it again? In a heartbeat! Because a Vision from God is so much MORE than anything we could ever dream up for ourselves. 1 Corinthians 2:9 reads: “But as it is written, Eye hath not seen, nor ear heard, neither have entered into the heart of man, the things which God hath prepared for them that love Him.” If you recall, my dream was to be a Computer Programmer, but God had a Vision for me to start a business that will benefit His people. All along, He was preparing me to open a Fitness and Learning Center called Glorified Fitness Incorporated! He was giving me tools and grooming me to improve the physical, mental, and spiritual fitness of His people. His Vision has taken me so much farther in one year than my Dream ever did in nearly 30 years! That is so amazing to me!

If you notice, I spent a lot of time explaining my Dream, but I was able to sum up the Vision in just a couple of paragraphs. That is because much of the dream was feeding into the Vision and I did not even know it! That is how God works! He takes the ordinary and makes it extraordinary! That is why I love Him so!

I hope you enjoyed this message. It was a bit long, but my hope is that it was a good read, and more importantly, a blessing to you! Until we meet again, I pray blessings for your life!